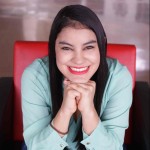 As a Project Manager in a software developing company you have a lot of things to do. You have to create tasks, assign them properly, do testing, keep track on what everyone is doing, make sure everyone is doing what they are supposed to, catch up with priorities and just make everything run smoothly, on time and with the quality required; and all this must be done for each of the projects, sometimes they can be a lot. Doing all this is not easy at all,  so, the most important thing is being organized. For this, at Swapps we have several tools which help us on being organized and keeping track on almost everything that is being done.

JIRA by Attlassian, is one of the most important tools we use at Swapps. JIRA helps the team on being very organized in each of their projects. In JIRA you can create boards, which are very useful on controlling tasks. With them, you can have a whole view on how the project is going. You have things in “To Do”, things being done, in testing and already completely done. This way you, as a project manager, don’t just put the tasks and assign them but keep track on them easily, guaranteeing they are actually done and testing that they are made with the quality required.

Toggl is another tool we use at Swapps.Toggl, helps the team keep track of the time spent in each activity. By using this tool, is easier to predict the team’s speed, see how much time was spent in each project in any period of time, and in a special feature of Toggl, you can see what everyone is working on in real time. In Toggl, you can also have reports and filter them according to the project, team member, client or task you want to know more detailed information about. Is also a good way to report work done to your clients, as you charge them according to hours worked. Toggl has a lot of advantages, but is true sometimes seeing the clock going by makes you nervous and makes you think you are not going to finish in the right time, nevertheless, it motivates you to do things quicker without forgetting quality.

Another tool used at Swapps is Slack. Slack is an application which helps you keep track of all the team’s conversations and messaging. Have you ever had a problem in a group because someone assures he had said something he never really said? or someone in the team who misunderstood something and made everything go wrong in the team? well, communication problems are everywhere, from your family relationships to obviously, your work team. For this, Slack let’s you keep track on everything said from each team member in each project. Slack also lets you make channels, which are group conversations about, for example, an specific project. You can also synchronize Slack with JIRA and see in these channels each update on the tasks of the project. So basically, you have a whole record on what’s happening on your project, which is vital to go to the root cause of found problems and then, make sure they don’t happen again, ensuring a continuous improvement at your company.

To share documents we basically use Google Drive at the moment. You might think that in a software development company not much documents are made, and it’s true, but all the company has a lot of documentation going on, and also, as Swapps works with the Agile methodology, is important having documents like, for example, the inception deck done at the beginning of each project, user stories, etc.

For some of these tools you have to pay, but at the end they are completely worth it, it actually becomes an investment as it makes your company differentiate and be more organized bringing better results and more satisfied customers, which finally, represents more money for your company!

When you are working on growing your business, it is important to ask questions about it. Your data has a lot of ways to give you insights on how much impact your decisions are having in your business. There are several tools that allow you to do this. I will show you one of these: […]

How to work remotely and do it better

Working remotely has become mainstream and is here to stay, and companies (also you people) need to come to terms with that. People around the world have been working remotely at least in some capacity for a long time: journalists, artists by trade, photographers, and many others were able to make a living working for […]

Last year, on December 6th, WordPress 5.0 released a huge upgrade to the content editor UI, the Gutenberg Block Editor came to enhance the WordPress experience with an extensible drag & drop content designer interface based on React. However this kind of editors are not new to WordPress, popular plugins like the Page Builder by […]

Be a developer and don&#8217;t die trying: What I have learned after four years working as one

As a web developer, using databases may be a pain, you must ensure that all your queries are pretty well structure, and they have to work as expected, so  when you choose and ORM you are in a good way to achieve it, you can scale easier and your code are more organized. The Django […]

WordPress is the most used Content Management System (CMS) on the world. Its simple design makes it easy to use so everyone may learn its basics in no time. Thanks to its popularity, it is possible to find a great variety of WordPress plugins and themes on the web that fulfill almost all the common […]

Working with nested forms with Django

One of the biggest advantages of Django is its ability to create CRUDs applications with no effort. You just need to define your models, register them at the admin and that’s it. If you are not going to follow the admin approach, you may use Django’s class based views to define each of the views […]

Google Maps is one the most used maps tools in the web. It allows you to embed maps in your website or applications; search by geographic information such as coordinates, addresses, zip codes, etc; get places reviews, along with other options that makes it suitable to fulfill your needs. As well, being free made it […]

How to keep an eye on the budget: KPIs FTW!

Recently, we have been talking about project management as a discipline and its contemporary scientific approach, and we also peeked a little bit on KPIs, trying to understand from where they come, their purposes and their usefulness. Today, KPIs are widely used across different industries, making a couple of things clear: You can find some […]

Speed it up! Recommendations to make your Django app faster

Let’s admit it, Django rules. It is simple, trustworthy, fast and it is written in Python. What else do you need? However, we tend to abuse its easiness and we quickly forget that an application grows; and with it the amount of code processed as well as the amount of data saved on the database. […]

Marketing for NGOs: 4 reasons to use email marketing

One of the most effective marketing tools for NGOs is Email Marketing or emailing. This is sending emails to a group of contacts, or subscribers, with information that they can find interesting. Used properly, email marketing becomes a very useful tool for any NGO. As social networks are having a crisis due to a poor […]

Create your own Wiki with MediaWiki

A wiki can be a useful tool for your NGO. Learn how to create it for free, using MediaWiki. Wikipedia has become the biggest encyclopedia in the world. Its main characteristic is that anyone, anywhere, can create, edit or suggest changes to its content. It’s a safe bet to say that if you are reading […]